The official rosters include: 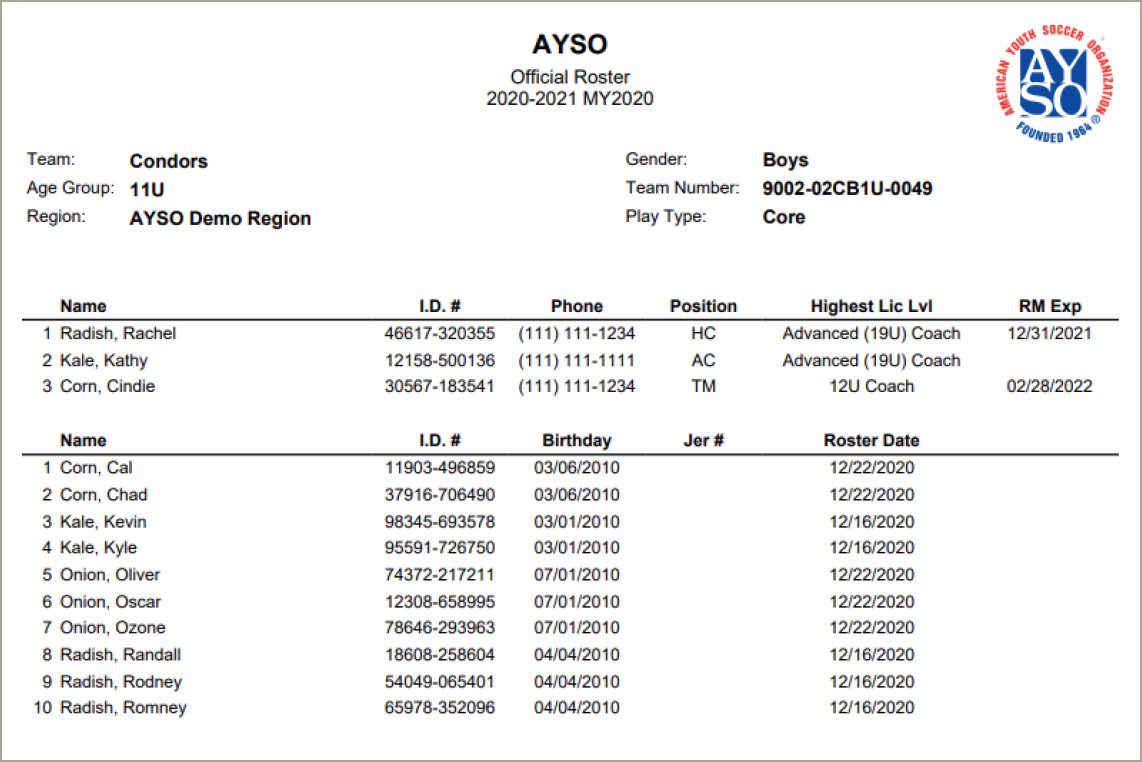 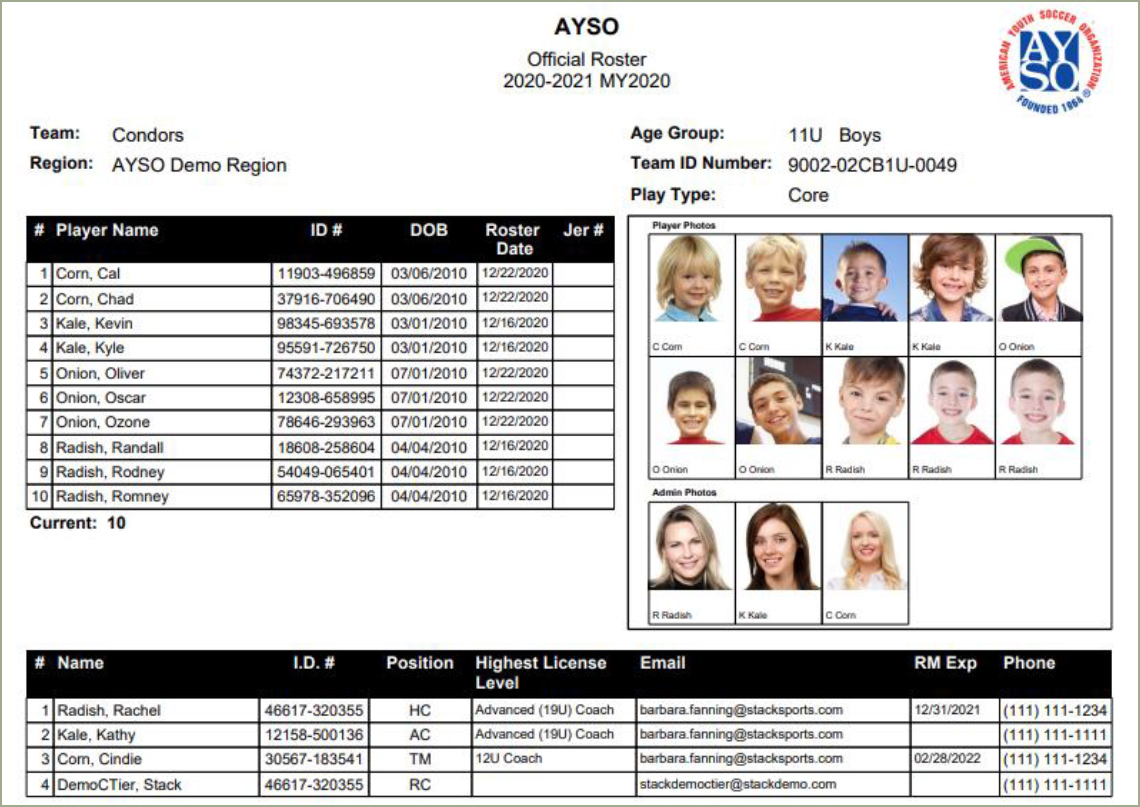 Team Coaches will be able to print out this roster once the team is activated.

Thanks for your patience!

Is your issue local AYSO or nationwide? Many issues can only be solved by your local AYSO. Please locate your AYSO Region, and be sure to contact your RC/AD/SD before reaching out to AYSO Member Support.